The teenage years are a time when many young people start to discover their sexuality. Sexuality includes feelings and attraction on all different levels - not just who you have sex with. While this is a common part of teenage life, it can also be a confusing time for young people and their families. Find out more about the concepts of sexuality that your child might be dealing with, how to support them during this time, and how to recognise any signs that they may need your support.

Hear from Ross Jacobs from QLife about sexuality and your teenager.

What sort of things should I look out for?

Working out your identity and worrying about where you ‘fit in’ can be a challenging time for teenagers, and can cause anxiety, distress and a sense of isolation.

On top of this, bullying is common for same-sex attracted people, with 80% admitting they have experienced bullying and discrimination at some point in their life. You can help your child by recognising the signs that something is up, which may include:

Remember, discovering their sexuality can also be a liberating positive experience for your teenager. Although many people experience homophobia, coming to terms with their true identity can give your teenager a sense of belonging and an opportunity to connect with a new, nurturing community. You may notice your teenager doing the following:

If you think that your child is working through discovering their sexuality you can find ways to support them here. However, if they are feeling distressed and it is impacting their ability to function contact the services below. 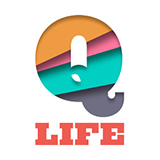