Cannabis and a teenager's developing brain: what you need to know 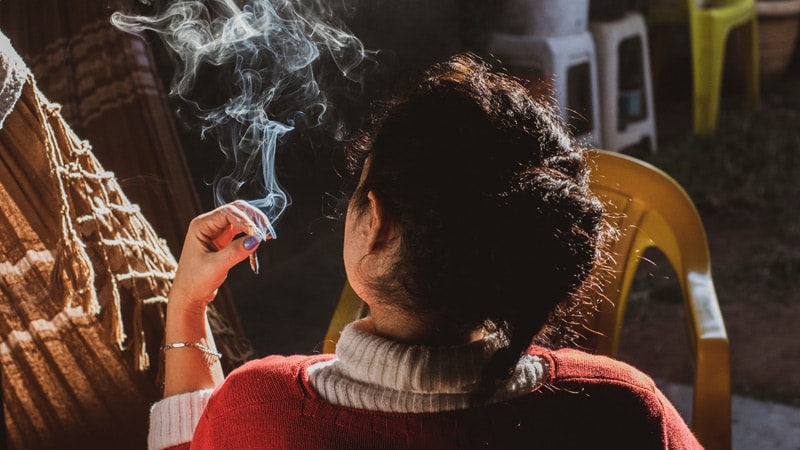 According to the 2017 Australian Secondary School Student’s Survey (ASSAD), 29 per cent of Australians have tried cannabis at least once by the age of 16. In fact, cannabis has been the most popular drug among young people for over a decade.

What do they call it? Weed, pot, grass, 420, marijuana, dope, joint, blunt, blaze, mull, hydro, yarndi, ganja, bud and green are a few of the terms currently used for cannabis. How does it feel? The effects of cannabis can vary hugely, even from one session to another. A smoker’s weight, family history of mental illness and even their personality can impact every session differently.

According to the Australian Drug Foundation, the effects of cannabis include:

If a large amount is taken, or the cannabis they try is particularly strong, they can experience:

More than seventy percent of teenagers who smoke cannabis do it with friends (rather than alone), according to the ASSAD. A third of the teenagers who said they’d smoked in the last year did it at their mate’s house.

It’s important for us to mention that most teens aren’t regular marijuana smokers. Regardless, there’s some risk even from just a couple of pot-smoking sessions. As a parent, some of these risks aren’t always the ones that are covered in the media or discussed online. Here are some practical things to keep in mind as the parent of a teenager when it comes to cannabis.

Developing brains are affected, but cannabis isn't a 'gateway drug'

There are serious doubts that cannabis acts as a gateway drug. However, early use can have other major consequences. A study published in the American Journal of Psychiatry followed over 3,000 high school students in Montreal, Canada, for four years to monitor their drug and alcohol use and measure its impact on teen brains. There was very limited evidence that smoking pot is a slippery slope to a big drug problem. However, the study did find the following effects of regular cannabis use:

So, while it’s unlikely – and unproven – that cannabis is an instant trigger to a big drug problem, it’s good to keep in mind that it can still have serious detrimental effects.

People often defend marijuana use by saying it’s not as addictive as other drugs. Well, there’s some real evidence that suddenly stopping smoking weed can make you sick. In fact, ‘cannabis withdrawal syndrome’ is now listed in the Diagnostic and Statistical Manual of Mental Disorders (DSM-5) as a real condition. Regular users who abruptly stop smoking can experience panic, anxiety and even more serious psychological responses. According to reports, this happens far more often with users with a family history of depression, so this is definitely something to keep in mind if this is true for you and your teenager.

Cannabis can double the risk of developing schizophrenia

The risk of developing schizophrenia among young users increases dramatically based on how often – and how much – cannabis is used. Regular cannabis users have double the risk of non-users. Those who have used cannabis at some point in their life have a 40 per cent increased risk compared with non-users.

For young people who already have an established mental health condition, using cannabis can move forward the onset of psychosis by 2.7 years. So, it isn’t a completely harmless drug. If your teenager has already been diagnosed with a mental health condition, it’s very important to talk to them about the dangers involved, should they decide to use cannabis.

As you probably know, the earlier someone starts smoking cannabis, the greater the risk. How early it happens can have a big impact on their future use and mental health, so we reckon it’s worth starting a conversation about drugs with them soon.

More than 87 per cent of Australians now support the legalisation of cannabis for medicinal use. The National Drug Strategy Household Report said this figure had jumped 18 per cent in three years. However, even if people are way more comfortable with the idea of the drug, its proven impact on young brains should still be a worry for parents.

Driving while stoned is dangerous and illegal

Driving while under the influence of cannabis can significantly increase the risk of having a car accident, even if there are no outward signs that the driver isn’t clear-headed. It basically messes with your ability to make decisions and slows reaction times right down – not something you want while on the road. This isn’t just about your teen behind the wheel. Getting into a car with someone who has smoked pot is a lot like jumping in with a drunk driver. It’s not worth the risk.

Getting caught driving under the influence of cannabis can also mean hefty fines and the suspension of their driver’s licence. If a police officer conducting a Mobile Drug Test thinks a driver is under the influence, they’ll ask them to wipe a testing stick on their tongue. If a positive roadside result is backed up by the lab test that follows, they can face serious penalties, which vary by state.

What can I do as a parent of a teenager to help them avoid cannabis?

Statistically speaking, cannabis is the most likely drug your teenage will experiment with. At any level of psychoactive drug use, there are real risks. Even if serious harm is rare, it can be helpful to share what you’ve learned with your teenager.

University of Sydney Associate Professor Cath Chapman of the Matilda Centre for Research into Substance Use says that teenagers can also be motivated to avoid drugs because of the immediate things that might happen, rather than the long-term. “The fact that they might not be able to do so well at an important sport match on the weekend because they're not feeling so good … and the impact for them is really bad,” Cath told us. Watch the video.

“One of the things that resonates with young people, especially with older teenagers, is the impact of drug and alcohol use on the brain,” Cath says. These are important things to remember when talking to your teenager about the reality of cannabis use.