A parent's story about risk-taking 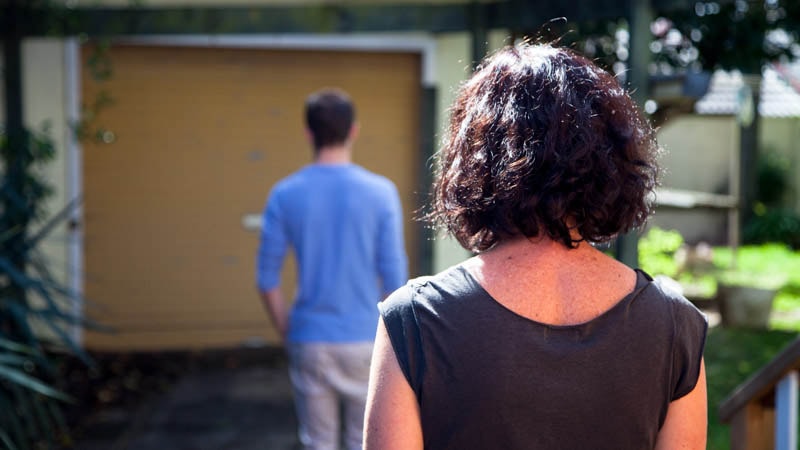 Lila's story about her son Dylan (14)

My son’s first year of high school was a positive year for him. He settled in well, made friends, enjoyed his classes and handed in all of his assignments. Then last year, in Year 8, lots of little events alerted me to the idea that Dylan was pushing some risky boundaries. This all culminated last month when I caught him smoking marijuana in his bedroom before school. Although Dylan’s issues are ongoing, we’re working at them. I’m working closely with the school, getting support for myself and making sure Dylan can always come to me with his concerns or problems.

The first sign that things had changed for Dylan was that he started handing in assignments late, which was something he’d never done before. Then he started skipping classes. Then one lunchtime he was standing with a group of friends in an out-of-bounds area of the school playground. Three of his friends were smoking and they were all caught and punished.

When I caught Dylan smoking marijuana last month I was so surprised but also really disappointed. The most important thing for me with my children is to make sure they always feel they can talk to me, so I tried to suppress my emotional response and calmly asked him why he was doing it. He told me a friend gave it to him and he wanted to try it. When I asked him if he thought it was a good idea he said that he did not. So I threw the marijuana away and told him we’d talk when he got home from school. Later in the day we agreed on a consequence for this action and talked about why marijuana is a bad idea. He’s agreed not to smoke again but it’s a situation that I’m still monitoring.

Although I have talked about his behaviour with him and Dylan understands that it is often not appropriate, I’m not sure he sees the ongoing issues that I see. The school contacted me last year about the truanting and failure to hand in assignments and I’ve been working with them since then.

I’m a single parent and I’m conscious that there’s not a constant strong male role-model in Dylan’s life, and also that I have to play good cop and bad cop all by myself. So having the school involved means that the year advisor, who’s a man, can bring a male perspective. Also, the school is quite strict with punishment, which means I can be a counterpoint to that, because Dylan has always responded better to positive reinforcement than to punishment. But when he breaks the rules I do ensure there is a consequence – usually something he has suggested and we’ve agreed on in advance. For example, he suggested that if he doesn’t attend class I shouldn’t pay him his monthly pocket money. One day a while after that conversation he was caught truanting so he reluctantly paid the fine.

The other reason I find talking to the school helpful is because I can help Dylan’s teachers see that there is more to him than his behaviour, to understand the boy and the motivations behind his actions. I think it’s important to advocate for your kids but at the same time to work with the school as a team.

I’ve ordered books to help me with parenting over the years, but mostly I find it helpful to talk to other parents of teenagers. We can share ideas and parenting strategies, but we can also reassure each other that we’re all in the same boat, that there’s no such thing as a perfect parent or a perfect child, and to commiserate or laugh about our mistakes and celebrate our successes.

I think in a parent–child relationship there needs to be give-and-take. Recently Dylan had an assignment due on the Monday, but wanted to spend the Friday night at his friend’s house. I told him I was concerned about his assignment and he promised to come home early the next day and get straight to work, so I allowed him to go. The next day he came home early and did as he promised. I’ve noticed recently that when I make allowances for Dylan like this he responds by working hard or fulfilling his promises.

Over the past year I’ve learned to stay calm, prioritise communication with my children, be open and cooperative with the school and to try to get my son to understand the practical consequences to his actions – good and bad. But I think the most important thing to remember as a parent is to maintain a sense of humour because it’s a long road from adolescence to adulthood.