A parent's story about self-control 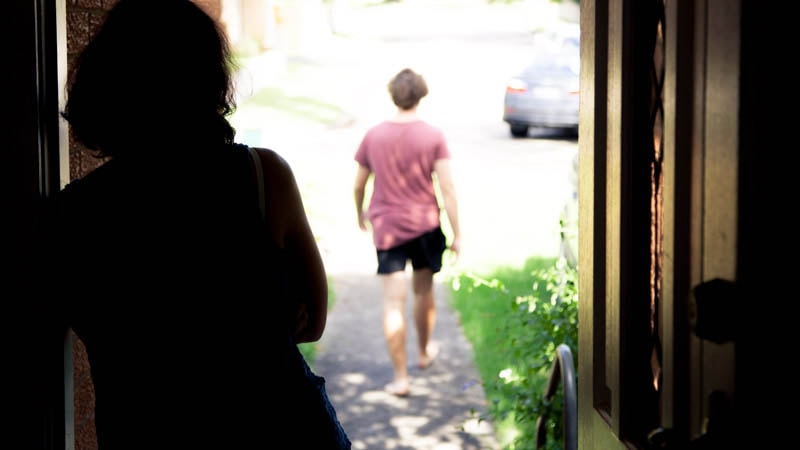 Cate's story about her son Anthony (14)

My son Anthony has had mental health difficulties since he was three-and-a-half, when he was diagnosed with ADHD. He’s now fourteen. Four years ago he was having trouble with aggression and controlling his anger. We’ve had varying levels of success with schools and counselling but the biggest change came when we went to a local not-for-profit family centre and they referred my son to a psychologist and provided other support for our family. Having a school that has a good plan and good levels of support has also been invaluable.

Anthony’s difficulties with anger started around 2010. It seemed like he would explode, like something upset him and a bomb would go off in his head. If I was in his way he’d push me aside, and he was physically aggressive with his younger siblings, too. I also saw him threaten other children with violence.

My first step was to call his school. I wanted to know if something was going on at school that was causing Anthony to feel so angry. I didn’t feel that I got any support or practical help from the school, so I withdrew Anthony and sent him to another school. A friend of a friend referred me to a counsellor, who helped a little. The most helpful thing she did was to write a letter to Centrelink explaining that I couldn’t work full-time because of my son’s difficulties, because I needed the single parent’s benefit, and before they got the letter they weren’t letting me claim it.

The next school was warm and supportive and had a great plan for Anthony. If he was feeling overwhelmed a teacher would give him some drumsticks and take him to the chapel to play for a while. They provided lots of support to me as well. After this we moved cities, and it was trial and error again before we found the right school for Anthony. When we finally did, we were also referred to the local not-for-profit family centre, where I took Anthony to see a counsellor. This counsellor told me that Anthony needed specialised care from a psychologist but the counsellor provided ongoing support for my other children and me, with counselling sessions and also with parenting classes. Anthony was referred to his current psychologist who I’m in constant contact with, and who has made a big difference to my son’s life.

The school he is currently at is also very helpful. He has a special mentor-teacher, a music teacher who he can go to when he’s feeling overwhelmed. He also has special permission to go to the library and compose music on his iPad when he feels aggressive or out of control. There is a school psychologist, who I regularly call and update on Anthony’s behaviour and moods, as well as his own psychologist who is external to the school.

I’ve got a great relationship with Anthony and I keep a close eye on him. If I notice that his behaviour is a bit withdrawn or he looks depressed, I’ll encourage him to talk to me about it. I also keep the school and his psychologist updated about this.

Anthony’s aggression towards the family is nowhere near what it was like a few years ago, and he’s also much more settled at school: I haven’t been called to his school yet this term, and in previous years it wasn’t unusual for me to get called to the school two or three times a week. But the aggression is still there. I can still see him fuming with anger when someone upsets him, and sometimes he lashes out. We’re just monitoring it all much more closely now.

I believe the most important thing for a parent to do is to listen to their children. And the easiest way to do that is to just spend time with them every day, one on one, even if it’s only for five minutes.  Also, if you’re honest, calm and non-aggressive with your children that’s the best way of getting them to be the same.