Talking to your teen about bad friendships 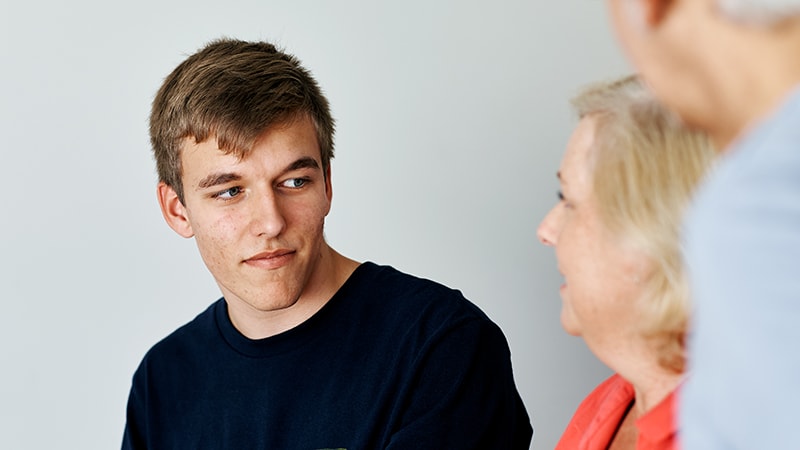 One in four teens feel worried, stressed or down about their friendships several times a month.

What adults might call ‘bullying’, teens tend to think of as ‘miscommunication’ and ‘friendship issues’. Teens don’t want to think badly of their friends, even when being shut down, left out or ganged up on are classic bullying behaviours. Along with other forms of negative peer pressure, these are all signs of bad friendships.

You can help your teen recognise and understand that this kind of behaviour isn’t okay. Although they may feel there’s nothing they can do, there are ways you can support them and help them to take action.

Friendship ‘drama’ can be a big issue for your teen

Your teen’s friendship groups are incredibly important to them and have a huge impact on their wellbeing.

Good friendships support your teen and help their personal growth. They also positively influence their social and emotional skills throughout their adolescent years, which are significant in forming who they are. Bad friendships, however, can undermine their self-confidence and cause them deep distress and anxiety.

Even confident teens are vulnerable. The desire to be accepted within friendship groups can be so strong that most teens will put up with a lot of bad behaviour to avoid being alone.

Bad friendship behaviour occurs both online and face-to-face, and a combination of the two can have a huge negative effect on a teen’s wellbeing.

Signs your teen is in a bad friendship

Red flags that your teen may be in a bad friendship are when people within their group:

Ways you can support your teen

If your teen is suffering in a bad friendship, knowing that you’re there for them is one of the greatest protections you can give them.

Let your teen know that you understand how important their friendships are, but that you’ve noticed bad behaviour in their group. This can help them think about their own boundaries, and to recognise negative behaviour for what it is.

Build them up at home

Let your teen know that they’re not on their own; that you have their back and are always available to talk to. Encourage them to open up to and lean on their support network – you, other family members, and good friends – and not to isolate themselves or try to cope on their own.

To help your teen relax, worry less and sleep better, you can suggest some things they can do to feel better mentally and physically. Examples include:

Learn more about developing a wellbeing plan for your family here. You can also help your teen to value themselves by reminding them of their personal qualities that you and others admire.

Help them at school

If the issues are with school friends, reassure your teen that you understand they might have concerns about reporting the problem to the school. If they feel comfortable with any of their teachers, suggest that your teen have a chat to them. A trusted teacher might be able to handle the situation sensitively so the behaviour doesn’t escalate or cause your teen to lose their friendship group.

If the drama’s happening on the school bus, suggest that your teen sits with someone else, catches another bus, or gets some space without making a big deal of it by walking or cycling to school instead.

Encourage them outside of school

You can support your teen’s positive friendships by suggesting they get away from the drama by spending time with those positive friends at the park, at the shops or just hanging out at home.

Encourage them to do things they enjoy, such as participating in hobbies or sports they love. They could also expand their social circle by getting a job where other people their age work, or by joining a local group or team.

If they don’t want to talk to someone they know about the issues that are going on for them, they can connect anonymously with other young people on the ReachOut Forums.

Understand their reluctance to talk about friendship issues

If your teen is feeling stressed by a bad friendship, they may be unwilling to talk about it because they believe that:

Remember that if they don’t want to talk, it’s not anyone’s fault. Try not to bring your own feelings into it. Be patient and just let your teen know that you’re there for them.

Things to look out for

It’s important that your teen knows the difference between tackling bad friendships and behaving in a negative or bullying way, which can lead to even more friendship problems. Talk to your teen about being careful that:

Some online strategies for targeting friendship issues can also have drawbacks. For example:

Finally, talk to your teen in their language

Rather than talk about ‘bullying’, talk to them about ‘friendship issues’. Let them know that it’s never okay for friends to behave in a negative way towards them, and that you’re there to support them.