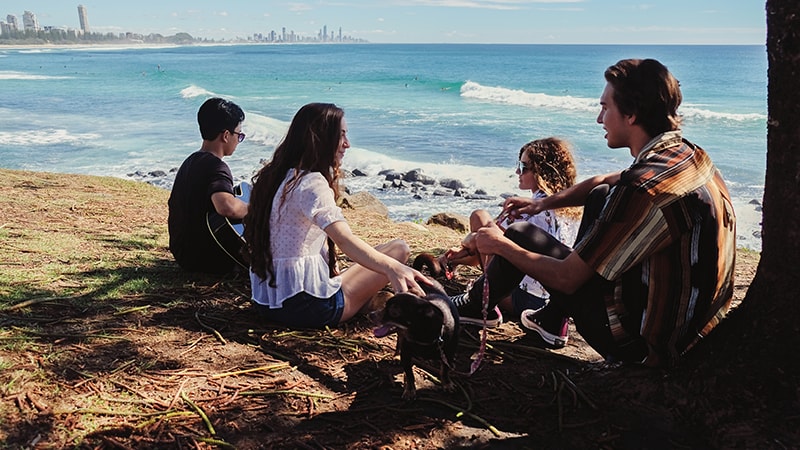 When I graduated from high school in the early 90s I don’t think I had even heard about the option of a gap year. Certainly, the assumption was that after high school you would get a job, go to uni or start an apprenticeship.

Almost 30 years on, there are far more options for young people leaving high school and I for one think that’s a great thing. The average working life is increasing, with this generation looking like they’ll be spending around 50 years in the workforce. When I think about the wellbeing of my children as they leave high school, I’m not sure I will be in a rush for them to start that transition to work straight out of high school.

Over the next couple of months, as end of school results come in, many parents will be having conversations with their kids about what’s ahead. When looking at the options, it’s important to think about the argument for parents supporting or even proposing a gap year.

The first thing to consider is whether your child is finishing high school young. When I finished I was still 17, and looking back I think I would have benefited from an extra year of maturity before pursuing higher education. This isn’t because I wasn’t ready intellectually, but that I wasn’t quite mature enough to take advantage of all the opportunities that came with university life. Ask yourself, will this benefit my child in becoming a well-rounded human being, rather than just a well-educated human being?

The second factor is finances. Going into higher education is no longer an inexpensive choice, particularly if you take into account the possibility of having to move away from home. Having a gap year gives them time to save money as well as giving you a year of planning to support them in that transition.

The third, and perhaps strongest reason to take a gap year is if you’re teenager doesn’t feel particularly passionate about anything yet. Enabling them to explore other opportunities such as travel, work or having time for creative pursuits, may set them on a far more exciting path in life and give them insight into what they’re really want to do. Ultimately if you’re passionate about what you do, your time spent doing it will be far more rewarding.

Not only will this generation have a 50 year working career, but it’s likely they’ll have to retrain or gain further education at some point during this time. While I would absolutely encourage to support a child who’s enthusiastic and clear about the next steps to do so straight out of high school, there is no life detriment and a lot of benefits in creating a gap between high school and the rest of their life.

This article was originally published in The Courier Mail.